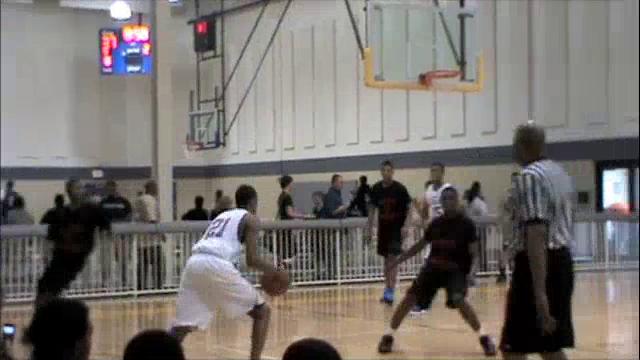 Here’s video of 2013 recruits Zak Irvin and Zavier Turner at the Eric Gordon All-Star Classic. Thanks to our friend Joe Eberhardt, of IndyHSHoops.com and Inside The Hall, who passed along the footage.

Irvin is a 2013 wing guard currently ranked 41st by ESPN.com. He holds offers from Baylor, Illinois, Indiana, Purdue and Xavier along with interest from Butler, Michigan, Michigan State and Vanderbilt. Irvin has visited Michigan several times and the Wolverines appear firmly in the mix.

After the jump we have video and a quick scouting report of new 2013 point guard target Zavier Turner.

A quick point guard with an improving jump shot, Zavier Turner is having a strong start to the AAU season with his 16u Eric Gordon All-Stars team. Turner stands at 5’9, but uses great strength, quickness and speed to break down defenses off the dribble. The sophomore averaged 14 points per game this year while helping his Pike High School team win the Marion County Tournament and a Sectional Championship. Turner’s jump shot has improved since this time last year and his confidence appears to be on the rise too. He may be knocked for his size, but there’s no doubt that Turner plays at full speed and can function as a distributor or scorer for his team.