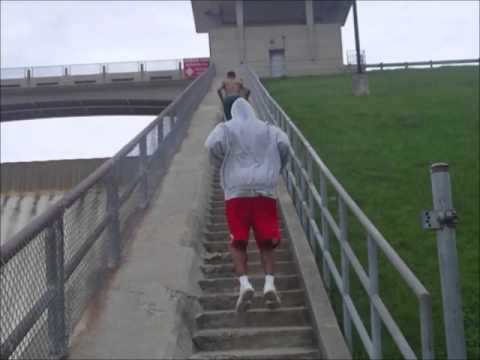 Now that Morris is officially leaving his name in the NBA draft, it’s time to start thinking about next year’s team without Morris.

First, a word on Morris’s decision. This was a secret that wasn’t necessarily well kept. Morris and his family have been involved in extensive conversations with agents for quite some time and there never appeared to be much thought given to the idea of returning to school. We’d be surprised if Morris didn’t sign with Andy Miller or Leon Rose when he makes his final decision.

Darius Morris’ decision to enter the draft was pretty much done a while ago. I really believe his college coach was the last to know.

The one part of this quote that I tend to disagree with is that nobody on the Michigan staff understood Morris’s plans. There appears to be elements of saving face involved in the situation, perhaps from both parties, and that seems like the only sensible reason for Morris to draw out the “testing the waters” process for so long.  At the end of the day, the decisions that were made over the last several weeks appear to have been more about what agent to hire rather than whether to stay in the draft.

Morris’s decision is far from flawless but it’s also not nearly as ridiculous as some wish to portray. The argument that I keep hearing is something like this: “Morris would be a lottery pick next year but won’t get drafted this year”. It’s completely possible that Morris could have improved by leaps and bounds next season and move his way up draft boards into the thick of the first round. It would have also been possible that he had a good junior season while his teammates shouldered a greater share of the offense, causing him to stay where he is in the draft, or even fall.

As things stand today, Morris is firmly on the bubble between the first and second round and the next 50 days will determine his fate. Morris actually pulled out of this weekend’s New Jersey combine, opting to spend his time working in Vegas before playing in front of NBA scouts. Strong workouts could move him firmly into the first round but if he struggles he could fall quickly down draft boards.

Looking ahead to next season is where things get interesting. There’s no doubt that losing Darius Morris is a significant blow to next year’s team. He was truly phenomenal at using ball screens to deliver the ball to the screener or scoring himself. That ability will be truly missed, especially by Jordan Morgan. He was also Michigan’s best two-point scoring threat and almost always the guy with the ball in his hands at crunch time. It’s unreasonable to expect Burke to be able to use a ball screen as effectively during his freshman season, but Michigan’s offense will also be a bit more balanced. Burke is a proficient three point shooter, Brundidge provides another driving option, Hardaway will take more shots, etc. The offense will be significantly different and Morris’s production will have to be replaced by committee.

First things first, expect Michigan to run significantly more possessions through Tim Hardaway Jr. next season. This is a shift that we would have seen even with Morris on the roster, but will certainly see without him. It’s tough to call this anything but a good thing as Hardaway developed so much as a playmaker during the season.

There are a lot of options in the backcourt but most lack an easily definable position. The options at the one and two spots include: Trey Burke, Stu Douglass, Carlton Brundidge, Zack Novak and Matt Vogrich.

Burke will be provided with every opportunity to earn the starting point guard position. Beilein wasn’t scared to give Morris the ball as a true freshman which leads me to believe that Trey will be put in a similar spot. He’s the only true point guard on the roster and he has talent, drive and knows how to play the game. The downside is that true freshmen point guards tend to struggle.

The player on the Michigan roster who might be hurt the most by this individually is Stu Douglass. In a perfect world Douglass would be a two guard that focuses almost exclusively on shooting the ball. Now, he’s going to have to juggle two positions, run the team for stretches and serve as Michigan’s primary perimeter defender.

Douglass playing some point guard is good news for Carlton Brundidge, Zack Novak, Matt Vogrich and, transitively, Evan Smotrycz. Brundidge will provide an instant scoring and attacking option off the bench. Novak will likely play more minutes at the two, rather than the four, which leaves even more opportunity for Smotrycz to develop and excel at the four position. Vogrich has the ability to play both the two and three and provides a shooting threat at either position.

There’s also the possibility of adding one more recruit…

Patrick Heckmann is developing into a possible, even likely, contingency plan after Morris’s decision to enter NBA Draft. Heckmann, a 6-foot-5 German guard, probably lacks a true position but would provide much needed size in the Michigan backcourt. He averaged 12 points (53.5% 2FG – 32.0% 3FG), 3.4 rebounds and 3.3 steals per game in the third German professional league (ProB) last season with TV Langen.

Heckmann plans to make three college visits and took two of those trips last week, traveling to the University of San Diego and Boston College (which went well). He returned home yesterday but is expected to make one more trip to the states. This has been rumored as a Michigan vs. Boston College battle for quite some time and it appears that’s how it will finish as well.

I’ve only seen the assortment of YouTube video on Heckmann but he appears to be a great option at this point. His versatility would allow him to play alongside almost any of Michigan’s guards.

We already touched a bit on Burke’s role next season but he also started a trend among Michigan commitments by publishing Rocky-style training videos. Trey’s trainer has been filming features of Burke’s 5 a.m. workouts between the end of his high school season and when he heads to Ann Arbor in June. The latest volume also features some of the same workouts, running hills next to a dam and several interview segments as well:

We posted video of two of Beachem’s teammates, Zak Irvin and Zavier Turner, yesterday, but Joe Eberhardt passed along one more video from the weekend. This one focuses on V.J. Beachem, a 6-foot-7 versatile wing prospect being recruited by Indiana, Purdue, Michigan State, Michigan, Notre Dame, Ohio State and Butler – in no particular order.