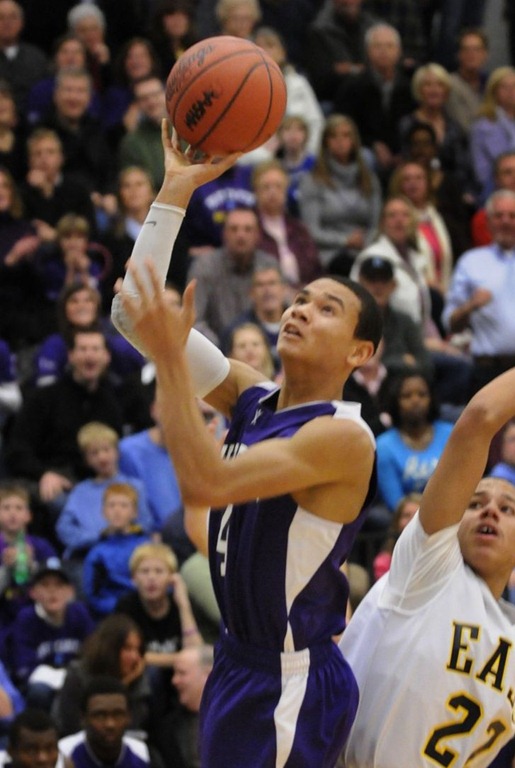 Here are a few final notes from the 2011 Spiece Run ‘n Slam Classic. You can keep tabs on all of our content from Spiece on this page, and we’ll also be posting six more scouting videos and recruiting updates over the coming hours and days.

John Beilein has stressed the importance of his Elite Camp since he arrived in Ann Arbor. The camp allows coaches to conduct a tryout of sorts among the best prospects that they can convince to attend. In person coaching and evaluation is invaluable because of the tight NCAA regulations surrounding evaluation during the summer. Michigan’s Elite Camp this year will be held in roughly a month, on June 11th, just four days before Michigan will extend offers to the class of 2013. Early reports suggest that a very strong group of prospects will attend this year’s camp.

Tim Hardaway Jr. and Glenn Robinson III both put together stellar performances at Elite Camp before they ended up with Michigan offers. Hardaway’s recruitment certainly lends credence to the notion that Beilein is extremely effective while evaluating talent in the camp context.

A strong in-state crop should be expected, but getting players to attend from out of state tends to be a bigger coup. Thus far Zak Irvin, Demetrius Jackson, Austin Hatch, Jalen James and Mark Donnal have all indicated that they plan to attend camp at Michigan this June.  This is a great sign for the relative strength of the camp and we’ll be doing our best to track down further prospects that plan to camp at Michigan.

Just about a year ago, Michigan reshuffled its entire assistant coaching staff. Jerry Dunn and John Mahoney left to pursue other opportunities, which to my knowledge they haven’t found at the Division I level, and then Mike Jackson packed up and left for Purdue in what seemed to be a spur of the moment decision (he’s also out of a job after resigning due to a DUI arrest). While most agreed that Michigan needed fresh blood on the bench, the lack of stability inferred from losing all three assistants certainly gave off a bad vibe last spring.

We’ve heard plenty about the staff’s ability to develop talent (proven on the court) as well as their love of social media. There’s been some talk about recruiting but it’s worth noting some successes that Jeff Meyer, LaVall Jordan and Bacari Alexander have had on the recruiting trail.

Meyer was the primary recruiter for Trey Burke, Glenn Robinson III, Nick Stauskas, and Max Bielfeldt – results that can’t be questioned. Meyer has been coaching for over 30 years and has extensive midwestern ties, coaching at Purdue, Butler, Missouri and Indiana, he’s also been involved in some high profile recruitments, notably pulling Eric Gordon to Indiana.

LaVall Jordan has provided Michigan with a strong presence in both Indiana and Illinois. Illinois Wolves head coach Mike Mullins praised Jordan extensively for the effort that he’s given in recruiting the Chicago area and his history in that region. Indiana-native Zak Irvin also praised his strong relationship with coach Jordan and he is certainly respected in the state where he played his college ball at Butler 10 years ago.

Finally, the always gregarious Bacari Alexander. Alexander came up just short in the recruitments of Amir Williams and Dom Pointer, but he was brought onto the staff in April which was very late in the process for 2011 prospects. Bacari is the point man for numerous 2013 prospects in the state of Michigan and certainly seems to have made an impact, we’ll learn just how big of an impact this summer.