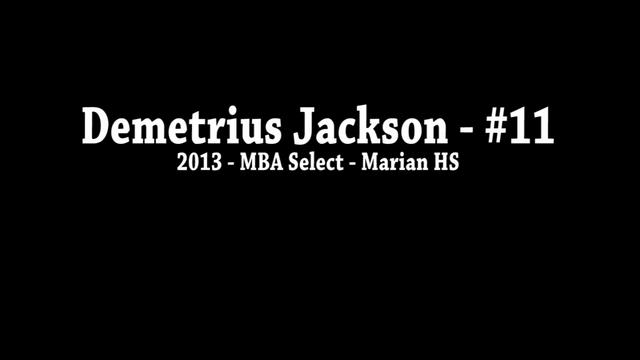 Demetrius Jackson is an explosive guard from Mishawaka, IN that played very well at the Spiece Run ‘n Slam Classic this weekend. We’ve already posted some thoughts on Jackson’s game but here is a scouting video of his performance versus the Mac Irvin Fire.

Notes, quotes and updates on Jackson’s recruitment after the jump.

Jackson has slid under the radar in Indiana, playing for a smaller MBA Select AAU team, and hasn’t picked up any scholarship offers at this point. He rattled off Xavier, Michigan, Notre Dame, Purdue and Illinois as the primary schools showing him interest. While he doesn’t hold any offers right now, Jackson mentioned that Michigan has discussed a potential offer with both him and his AAU coach. He also noted Xavier as a school that stood out, mentioning that the Musketeer staff has informed him that he’s “number one on their list for an offer’.

Jackson appears to have a very strong relationship with Michigan assistant coach Jeff Meyer, he talks to Meyer often about everything from basketball to his family situation at home (profiled a bit here). He described the Michigan staff as “just really good people”.

A self described combo guard, Demetrius is capable scoring the ball, but made sure to point out that he “likes to have the ball in his hands as a point guard” as well. He looked to be a very capable setup man this weekend, constantly dishing to his teammates after getting into the lane, and also shot the ball very well.

Having visited Michigan this fall, Jackson is planning on making another trip to Ann Arbor this June to participate in Michigan’s Elite Camp.