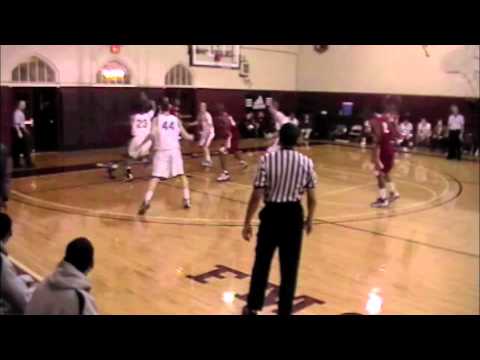 With last week’s release of Crisler Arena renderings, the facilities that Michigan basketball fans have dreamt of became just a bit more real. Facilities have been a bit of an old wives tale in relationship to the Michigan basketball program over the last decade and chance. From stories of Tommy Amaker purchasing his own carpet and a VCR in his new office to the basketball team being relegated to practicing in the IM Building for every reason from the Pow-Wow to leaks and excess condensation during the summer.

In the next couple years those will be distant memories. The practice facility, infrastructure, seating and scoreboard improvements will go up this fall before the complete stadium makeover a couple years down the line.

These are undoubtedly exciting times and a massive step forward for the program. Michigan might be one of the last schools to build a practice facility but it should also be one of the nicest. The facilities are already having an effect on recruits, as all of them will spend their time in the facility, and that effect should only grow as they are able to see the actual facility rather than look at videos, dirt, steel and computer renderings.

Thoughts on the Schedule

Michigan’s schedule isn’t finalized but it’s getting close. The Wolverines get a trip to Maui as part of what could be the best preseason tournament this year followed by a game at Virginia in the Big Ten-ACC Challenge. Home games versus Iowa State, Bradley and Towson aren’t going to wow anyone and leave fans wondering whether a marquee game will be added to the slate.

There were strong talks of a game at Texas but recent rumors are that those talks have fallen off. From an analyst’s perspective there are things to like about the schedule. Winnable road games at Virginia and Oakland (semi-road) along with marquee neutral site games that will be important in March. As for the fans, I think they’d definitely like to see a stronger high-level opponent come to Crisler Arena.

The schedule isn’t done, with only eight of twelve games accounted for, so it will be interesting to see what direction the staff goes with the final four games. A couple will undoubtedly be “guarantee games” against lower level BCS schools, but there’s still room to add that marquee home game.

The basketball world is buzzing over Mike Fish’s series of investigative pieces on the Indiana Elite AAU team and its connection to Indiana’s program. The piece focuses on Mark Adams, the director of both Indiana Elite and A-Hope, a charity designed to help international basketball players fulfill their dreams. Adams’ son, Drew, served as Director of Basketball Operations at Indiana and Indiana’s No. 1 ranked 2012 class features five players from the Indiana Elite program and two from the A-Hope foundation.

Inside the Hall has a comprehensive reaction to the ESPN piece which seems to conclude that there is no actual wrong doing and that everything was by the book. All of the articles are worth reading but I tend to agree that nothing much will come from this.

The connections between Indiana, Indiana Elite, Mark and Drew Adams and A-Hope were well known to those around the Indiana program. So well known, that it would be foolish if everything was not being conducted by the books. The story doesn’t look good, and certainly emphasizes the sort of “relationships” that are valued in the world of basketball recruiting, but that doesn’t mean anything illegal transpired.

With Darius Morris’s departure to the NBA, one of the most common questions I’ve been asked is what Michigan will do with his scholarship.

Martin Breunig appears to be the only remaining 2011 option, and he’s at the very early stages of his recruitment after decommitting from Maryland. Michigan has inquired, but wasn’t necessarily too involved the first time around, and he’s visited Washington. Talk is that Breunig will look to take another visit or two, but the first step for the Michigan coaches is to get him on campus. His video is impressive:

After 2011, the question becomes 2012 or 2013? Michigan has two wing-type prospects in the class of 2012 and most of the other prospects on the 2012 radar play a similar position. Sherron Dorsey-Walker has played well this spring and could be an option, while JaVontae Hawkins is transferring to Huntington Prep in West Virginia. Right now we’d expect the Michigan staff to keep their options open, pursuing any late developing prospects, but put the hard press on the class of 2013.

There are a number of talented prospects with strong mutual interest in the class of 2013. We’ll be covering these prospects position by position as we move closer to June 15th, the date Michigan offers sophomore prospects.

The NCAA Rules Oversight Panel officially approved the restricted-area arc under the basket for Division I basketball next season. The life cycle of a rules proposal is a bit mystifying, and it seems like this had already been announced, but now it’s absolutely official. There will be an arc underneath to basket to assist with distinguishing between blocks and charges.

Conventional wisdom would hint that this rule would hurt Michigan. The Wolverine defense relies on taking charges more than blocking shots, and the roster isn’t chock full of players that attack the basket and pick up charges. Michigan isn’t quite Duke or Wisconsin, in terms of taking charges conspicuously close to the basket, but Zack Novak and even Jordan Morgan will likely be affected by this rule.