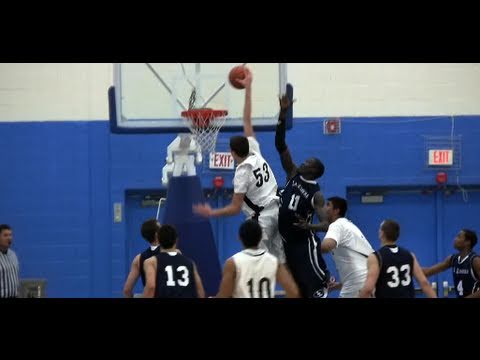 The Michigan coaching staff has turned their sights on 2012 face-up power forward Stefan Jankovic. The 6-foot-10 Canadian has had a strong spring on the AAU circuit, most recently at the Pangos Invitational. Jankovic’s recruitment with Michigan has also heated up. He took the time to chat about his relationship with John Beilein, a potential visit to Ann Arbor as well as his relationship with 2012 commitment Nick Stauskas among other things.

On his game and style of play:: If I were to put it in one word I’d say versatile. I’m about 6-foot-10 wing forward that can go down low. I can shoot the ball, handle it a little bit and just use mismatches to my advantage. If I have bigger stronger guy take him out or take a smaller weaker guy in the paint. I’m working on my defense but can guard out on the wing. Versatility is my biggest thing. Rebounding, blocking shots, all of that.

On the schools recruiting him: My top list of schools is West Virginia, Syracuse, Georgetown, Wake Forest and Michigan. I have more schools after that like offers from Florida State, Miami, Seton Hall, Northwestern and schools like that. I have interest from Duke, who called me about two weeks ago, North Carolina and Kansas.

On where his recruitment stands right now: I took my (unofficial) visit to Wake Forest about a month or two months ago. They were always my favorite and had recruited me the longest. I really enjoyed my visit and was close to committing but I talked to coaches and parents and backed up, deciding it was better to wait. Now I have a list, of course Michigan’s in there. I’m just letting AAU play out and then waiting until the fall, early fall. Take some visits and decide from there with a pretty early fall commitment.

On his discussions with Michigan: I was contacted by Coach Vall Jordan a couple months ago, maybe one or two months ago. Also by Coach Alexander but Coach Jordan was the primary assistant. They both started talking to me a bit and then coach Beilein came to see me and Sim, one of my teammates, play and they liked what they saw. One of my really good friends also [Nick Stauskas] committed there. Last week coach Beilein gave me a call and I had a really good talk with him about everything. A scholarship opened up and that’s why he was back on recruiting me.

On his relationship with 2012 commit Nick Stauskas: We’re close close, really close. We played on the same AAU team before and have known each other for a long time.

On a visit to Michigan: I have not visited Michigan yet but I’m definitely planning on it. Whether it’s an unofficial in the near future, maybe month or two because it’s close to home or later in the fall for an official. I’ll definitely be making an official there.

On other visits in the future: In terms of unofficials this summer I’m going to try to visit Florida, Florida State, to and then Syracuse, Georgetown and then perhaps Boston College. Those are just a couple of unofficials I might do in the next couple months.

On the main criteria for a decision: I’m looking at primarily my relationship with the coaches. Whether it is close to home or not, it would help but I’m just looking at places that are close. Also the academics, which most schools have really solid academics, and then the history in basketball and the program.