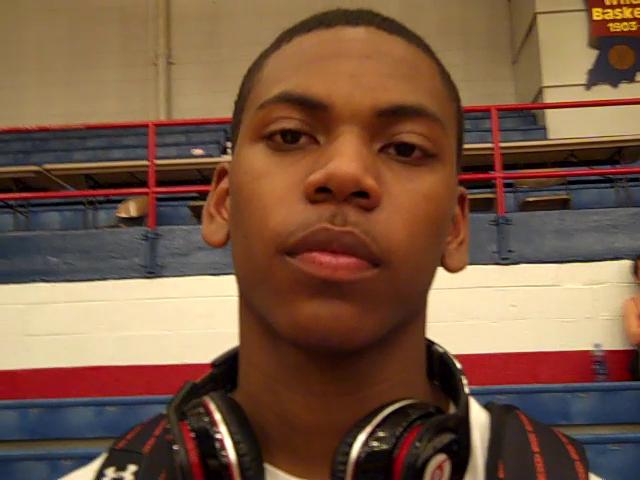 Kokomo, IN – 2012 Michigan verbal commitment Glenn Robinson III had a quiet outing in an eventful game. After totaling 9 points, 4 rebounds and two steals in the first leg of the exhibition, the 6-foot-6 rising senior scored just 2 points in Wednesday’s scrimmage.

Fellow class of 2012 member D’Vauntes Smith-Rivera hit a deep game tying three-pointer at the end of regulation to send the game into a one minute overtime. After both teams went scoreless in the initial overtime, officials decided to play a second overtime in a “sudden death” format. Class of 2012 Indiana commitment Yogi Ferrell hit a game winning baseline jump shot in the second overtime period. After the game, UM Hoops caught up with Robinson for an interview. Watch below in the embedded media player: