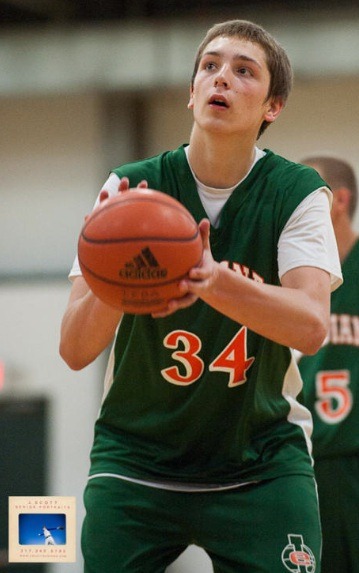 Media were allowed into Michigan’s College Practice Camp on Saturday afternoon to watch around 100 prospects go head-to-head in drills and scrimmages. Cameras and camcorders were not allowed but we were allowed to observe and publish our thoughts. We already posted two scouting posts, which touch on all of the primary Michigan recruiting targets that were in attendance:

Beyond those traditional scouting reports, here is an assortment of leftover thoughts and impressions about the camp, some of the primary targets and Michigan’s recruiting strategy going forward.

Recent Elite Camps have generally featured a strong group of in-state prospects and a handful of out of state prospects that were really interested in Michigan, usually trying to play their way into a scholarship. This year’s field was stronger than any previous years, especially in the backcourt and on the wing. Not only were a number of 2012 and 2013 prospects in attendance, but the staff did a great job of getting a much stronger younger group together as well.

The in-state group featured almost all of the state’s top recruits, with the two most notable absences being James Young and EC Matthews,  both of whom were at the Nike Elite 100 Camp in St. Louis ($). While it’s one thing to convince in-state kids to drive a couple hours to attend a camp, it’s another ball game to convince droves of out of state prospects to drive five or six hours for a one day camp.

A number of impressive prospects from Ohio, Illinois and Indiana were in attendance, especially in the younger age groups. The credit for the influx in talent needs to go to the assistant coaches who have worked to cultivate relationships with the midwestern AAU coaches who are usually responsible for organizing these trips. It’s no coincidence that large groups of prospects from the Eric Gordon All-Stars, Mean Streets, Illinois Wolves and SW Illinois Jets attended the event.

Michigan’s top point guard prospects were all in attendance and everyone in the gym, including the players themselves, knew it.

The guard targets all played pretty well but it was Monte Morris who was most impressive. Morris was very good during drills, took a couple tough losses in 3-on-3 play and then exploded during 5-on-5 play to finish the night. He had a string of great games on the main floor, in front of the Michigan coaches, controlling the tempo and dominating the game as a great point guard should. He didn’t force shots, but scored with ease slicing to the basket, and also ran the pick-and-roll very well. Most of the games on the main floor came down to the final possession, or were even decided by sudden death free throw shooting contests. When Morris’s squad started clicking on the main floor they cruised to a couple comfortable victories.

It was just one day in a unique venue (short games and abnormal rotations) but Morris deserves credit for seizing the moment.

I don’t think Michigan can go wrong in landing any of the top group of guards on the radar at this point. They are all different types of players but all are productive and have the ability to make an impact. Demetrius Jackson is the most athletic, Monte Morris might be the most complete player, Derrick Walton is the best passer and Jalen James is the biggest.

Jackson plans to make a return visit to Ann Arbor on June 30th and Monte Morris (who we interviewed last week) will be back on campus with his high school team for Team Camp on June 25th and 26th. Walton, James and Morris have all taken unofficial visits within the past month.

If one of those four wants to commit early, it means that Michigan has a great point guard lined up to succeed Trey Burke. The Wolverines appear to have done a great job in all of those recruitments, already securing multiple trips to campus. I would expect that Jackson, Morris and Walton all earn offers this Wednesday at the least.

While Michigan might not be able to go wrong with any of the top guard targets, there appears to be more risk involved when evaluating the wing prospects on the board. It’s a strong group overall, but it’s also a group that has plenty of questions to answer.

The group features an array of different style players that feature plenty of potential but most are at a stage in their careers where things could progress in either direction.

Weighing the potential versus production battle is obviously why coaches are paid the big bucks. A year ago, Glenn Robinson III was an intriguing prospect that was still growing into his body. He had a good performance at Elite Camp but most wouldn’t have projected him to be the top-100 player he is now. Taking an early commitment is a high-risk high-reward business so these questions come with the territory.

The scholarship crunch, and having two wings in the 2012 class,  means that Michigan can probably only take one wing in the class, which makes the decision all the more important. How many offers will John Beilein extend on June 15th? Will any of the bigger fish jump early? How long will Michigan wait for some of the higher rated options? If an offer was extended to someone like Austin Hatch, who has already named Michigan his leader, would he jump at the first opportunity to commit? There are a lot of questions that will be answered over the coming weeks and months.

Mark Donnal really made a strong impression on me on Saturday. He didn’t do a whole lot when I saw him at Spiece a couple weeks back, although that was the last game of the night on a long Saturday. He was much more impressive during my second viewing and looked the part of a solid Big Ten big man.

It’s no secret that Michigan has fielded undersized teams over the last several years and adding a player like Donnal in every class would go a long ways toward avoiding those problems in the future. He has great feet, a good motor and appears very coachable — all great signs for a young big man.

Michigan’s big man board isn’t nearly as expansive as some of the other positions and there is some strong mutual interest between Donnal and the Michigan staff. I wouldn’t be surprised to see this recruitment heat up quickly in the near future.  (Photo: Inside The Hall/Jamie Owens)