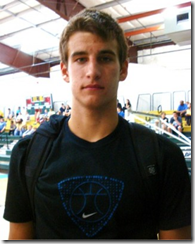 Greg Jones tweeted that the plan is to bring Hatch out of his medically induced coma on Monday. Mark Snyder added this quote from Hatch’s high school coach:

“Everything’s kind of the same,” Kline said. “Today’s an important day. This is the 48-hour range and they’re trying to keep the stimulation down (on the brain) to see if the swelling goes down. The plan right now is to bring him out of the medicine (Monday.)”

“They’re optimistic and pulling for him,” Kline said. “They said he looks like the same Austin.”

Snyder has several other quotes from Hatch’s coach which emphasize just how much support he’s received from around the country. Coaches and athletic directors from around the country have reached out and even tweeted support. Michigan State forward Russell Byrd made to trip up to Traverse City and is visiting Hatch at the hospital.

Perhaps one of the most unfortunate and painful aspects of the situation is the lack of support that the University of Michigan is able to provide to Hatch, per NCAA rules. Make no mistake about it, the Michigan staff will do all that’s allowed but NCAA rules surrounding contact and support of prospective student athletes still apply in this situation.