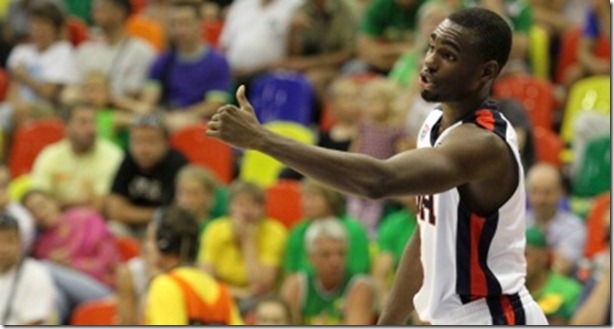 Tim Hardaway Jr. played what was probably his best game of the tournament thus far, notching 13 points, two steals and an assist in 21 minutes. Hardaway was 5 of 7 from the field and 3 of 5 from three point range. He closed the first quarter with a personal 9-0 run powered by three consecutive 3-point shots.(Box score)

Hardaway is averaging 10 points, three assists and one rebound through three games in Latvia.

The American squad will resume action on Monday as part of the second round when it will face the top three teams from Group C which includes Croatia, Lithuania, Canada and Korea.