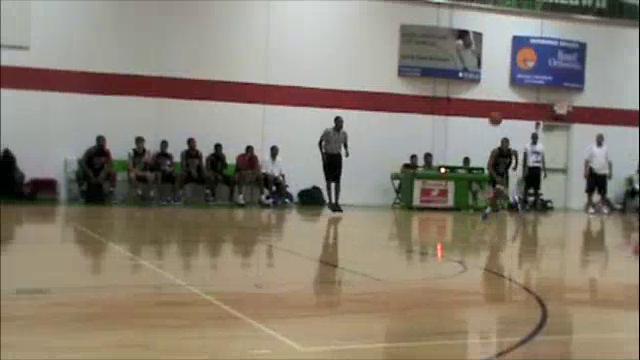 Zak Irvin and VJ Beachem both played instrumental roles in the Eric Gordon All-Stars’ championship run at the Best of the Midwest event last week. The performances bookended an impressive first July evaluation for both prospects that earned the pair additional offers, Tennessee for Irvin and Notre Dame for Beachem. Irvin holds a Michigan offer, and Beachem could very well add one down the road, but both prospects appear to be nearing college decisions. Here’s footage of Irvin, with scouting reports and Beachem video after the jump:


Scouting report, Zak Irvin – Irvin was arguably the performer of the tournament at last week’s Best of the Midwest. He shot the ball very well, knocking down perimeter and mid-range jump shots off the bounce and the catch. Irvin also was a formidable passer and distributor, getting into the lane and using great vision to find teammates for open shots. Perhaps what was most impressive about Irvin’s week was the efficiency with which he performed. He made the most of the shots he took and wasn’t forcing the action as a penetrator or a passer.