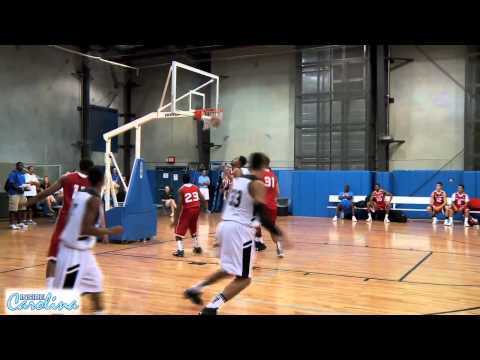 Mitch McGary has clearly established himself as one of the top ten class of 2012 prospects in the country. He’s impressed scouts on the summer circuit with his size, athleticism and high energy style of play. The rising senior attracted college coaches from across the country during July and has drawn offers and interest from a who’s who of high major college programs including Duke, North Carolina, Florida, Maryland and Kentucky. John Beilein and the Michigan Wolverines have also continued to make headway in McGary’s recruitment, having recruited him since he was back at Chesterton High School in Indiana.

InsideCarolina.com recently posted this footage of McGary at the 2011 Super Showcase:

John Beilein and his staff have their work cut out for them in this recruitment but there are several connections between McGary and Michigan including former Chesterton teammate Zack Novak and current AAU teammate Glenn Robinson III. Here’s a snippet from the full article:

“It went great,” McGary said of his time in Ann Arbor. “I really like the coaches. The coaching staff was real with me and I know people that are going there and that are there now. I can trust them in their decision as to whether a coach is cool or not. I talk to (Coach Beilein) once in a while. Coach Meyer, I talk to a few times. Bacari (Alexander), he is really cool. I like LaVall Jordan. When he was previously at Iowa I talked to him there. I like him at Michigan, too.”

McGary mentions in the article that he’d like to reach a decision before the high school season starts so the next several months should be very interesting in McGary’s recruitment. McGary’s prep coach at Brewster also tweeted that Michigan has been making a strong push for McGary of late.