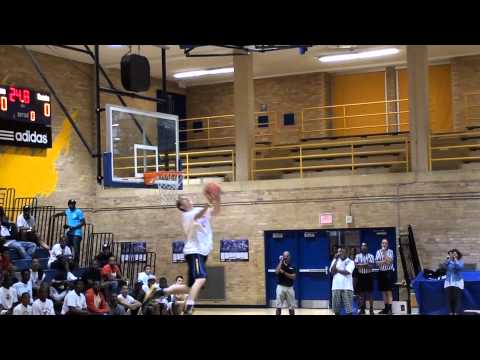 Nik Stauskas put together an impressive July on the AAU circuit and wrapped it up with one final event last night, the 2011 Canadian Flight Games. Stauskas won MVP of the Canadian exhibition game, which featured a Canadian team against an American team from Buffalo, and he also won the three point contest. This footage is from the dunk contest, where Stauskas placed third:

Nik will be making an unofficial visit up to Michigan on August 1st as a thank you for all of the attention that the Michigan staff paid him on the recruiting trail this July.