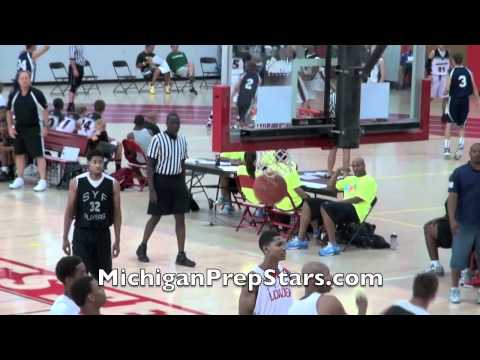 Michigan picked up a pair of 2013 commitments in the last 48 hours in Derrick Walton and Zak Irvin but there are remaining possibilities in the class of 2012. Mitch McGary is one hopeful option that Michigan will continue to pursue in the coming weeks and months. McGary has impressed this summer and continued on his rise from top-100 player to top-5 player. He has a Michigan offer and visited Ann Arbor in June but is being pursued by a who’s who of high major programs including Duke, North Carolina, Kansas, Connecticut, Maryland and Kentucky.

Michigan Prep Stars was in attendance at the 2011 Under Armour Jam Fest in Milwaukee, WI this July to watch McGary in action.