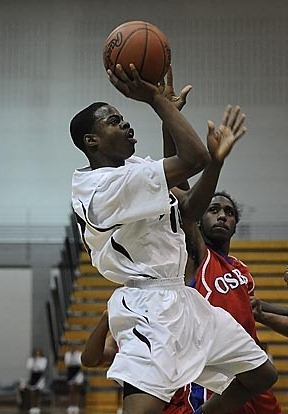 Michigan’s 2009-10 season was as disappointing as any in recent memory. Preseason expectations were as high as they had been in over a decade and the Wolverines fell flat on their faces. A summer filled with turnover, turmoil, question marks and frustration followed, leaving Michigan fans wondering which direction the program was heading. [Photo: Michigan Stadium Aerials]

A little over a year later, the picture couldn’t be more different. Michigan translated on court momentum into recruiting momentum and, from top to bottom.  The program has direction. Here’s a look at the key moments, surprises, disappointments and commitments that defined the last 16 months.

March 12th, 2010 – Michigan wraps up a disappointing 15-17 season as Evan Turner buries a 37-foot running buzzer beater. Turner’s shot was a fitting end to a season that just never seemed to get on track.

March 26th, 2010 – Jon Horford announces that he’ll attend Michigan. Horford was a solid late addition to the Michigan class after a strong senior season and chose the Wolverines over Providence and Cal.

March 29th, 2010 – Manny Harris announces that he will skip his senior season and head to the NBA. Harris wasn’t projected on many mock-drafts and the decision was troubling as the program would lose its two best players from a 15-17 team.

April 9th, 2010 – John Mahoney and Jerry Dunn leave the program and Jeff Meyer is promoted from administrative assistant to lead assistant. Dunn had stepped back during the season and Mahoney just hadn’t found the results on the recruiting trail.

April 13th, 2010 – Trey Zeigler signs with Central Michigan. The number one recruit on Michigan’s board in the class of 2010, the Wolverine staff invested endless energy into the Zeigler recruitment before falling just short in one of John Beilein’s biggest recruiting losses at Michigan.

May 5th, 2010 – Ground is broken on the Player Development Center. A small step in the grand scheme of things, as the important business had already been done, but this was a monumental day for the program. The practice facility was long overdue and has certainly had dramatic effects on Michigan’s recruiting and the general health of the program.

June 30th, 2010 – Laval Lucas-Perry is dismissed from the program. This is when you start to worry about Murphy’s Law. Just weeks after Manny Harris went undrafted despite leaving school early, Laval Lucas-Perry was dismissed out of the blue. Panic ensued as a team that was already reportedly short of talent lost another talented piece.

August 24th, 2010 – Columbus point guard Trey Burke commits to Michigan. Burke wasn’t on the Michigan radar at the start of the July evaluation period but the Michigan staff made its mark in little time and pulled the guard north.

September 14th, 2010 – Glenn Robinson III commits to Michigan. Robinson had just a smattering of mid-major offers at the time and the commitment, before he began his junior season of high school basketball, was met by many Michigan fans with questions.

January 22nd, 2011 – Michigan loses at home to Minnesota, 69-64, and falls to 11-9 (1-6 B10). The season appeared to be falling apart with little relief in sight, the conference schedule wasn’t going to get any easier and Michigan just didn’t look like a team that could compete. Darius Morris and Tim Hardaway Jr. were promising pieces but it appeared things would get worse before they got better.

January 27th, 2011 – Five days after the deflating home loss to Minnesota, Michigan heads to the Breslin Center and knocks off Michigan State on the road for the first time in over a decade. This was the game that rejuvenated the program.

March 20th, 2011 – Michigan heads home from Charlotte after a devastating two point second round NCAA Tournament loss to Duke. The Wolverines finished the season on a 10-5 run through Big Ten and tournament play. Michigan finished with a 21-14 record, something that seemed nearly impossible two months beforehand.

March 23rd, 2011 – Trey Burke is named Mr. Basketball in the state of Ohio. Burke is the most recent of many Michigan commitments that have seemed to play above their perceived ranking. Trey dominated the state of Ohio while leading Northland to a state title

March 25th and 26th, 2011 – Max Bielfeldt commits to Michigan and Nick Stauskas joins him the next day. Michigan clearly capitalizes off the end of season momentum and secures a pair of commitments just six days after returning from Charlotte. Bielfeldt and Stauskas’s commitments really began the scholarship crunch that would accelerate the process for the next four to five months.

June 11th, 2011 – Michigan hosts its most successful Elite Camp to date, hosting a number of highly ranked prospects from the state of Michigan and throughout the Midwest. Almost every 2013 prospect that was in line to receive a Michigan offer was in attendance and the collection of underclassmen was significantly better than in past years – a clear sign of the Michigan staff making the necessary connection with AAU coaches across the Midwest.

June 15th, 2011 – Austin Hatch and Mark Donnal commit to Michigan minutes after John Beilein extended scholarship offers to both prospects. Derrick Walton, Monte Morris and Zak Irvin also grab Michigan offers. John Beilein’s strict stance on not offering prospects until the June after their sophomore year has been criticized by many but there weren’t many ill-effects h

ere. Hatch and Donnal jumped at the offers immediately while Walton and Irvin didn’t seem to be turned off by Beilein’s process at all.

June 23rd, 2011 – Darius Morris is selected by the Los Angeles Lakes in the second round of the 2011 NBA Draft. Morris was the second Michigan player to enter the NBA draft early in the past two seasons.

July 31st, 2011 – Zak Irvin picks Michigan over Butler and offers from Indiana, Purdue, Illinois and others.

August 1st, 2011 – Derrick Walton commits to Michigan. He’s first in-state player in Michigan’s recent flurry of recruits and the feather in the cap for what looks like a tremendous class of 2013.

Now the stage is set and Michigan has a second chance to build on momentum and make up for the missed opportunities of two years. There’s optimism abound, the Player Development Center will open this fall and the next two recruiting classes are close to finished. The U-M staff has the opportunity to get a head start on the class of 2014 and, more importantly, start focusing on the upcoming season. Momentum is a fragile phenomenon and a couple early season losses could easily send things tumbling in the opposite direction but, for now, it’s remarkable how far the program has progressed in the last year.  Last off-season was full of looming questions and troublesome red flags while this summer it’s clear that the Michigan basketball program has more direction than we’ve seen in years.