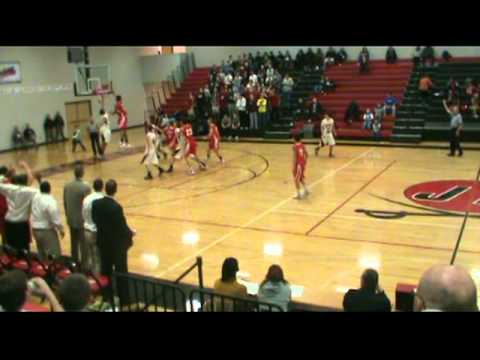 Last week we detailed how momentum around the program was building, on the court, the recruiting trail and even the construction that’s taking place on campus. Now it’s time to take a more focused look at where Michigan will look to utilize this momentum on the recruiting trail.

Michigan has one scholarship remaining in the class of 2012. The math becomes dicey when the class of 2013 arrives but that’s a problem that you deal with at the time. Schools that don’t continue to recruit fall behind and it appears that Michigan has the intention of pursuing further options for the final class of 2012 scholarship. The most likely position to be added to the class, which currently consists of wings Glenn Robinson III and Nick Stauskas, appears to be a big man.

Mitch McGary is the big fish left on the board. He’s a consensus top-10 player that plays the game with a refreshing sense of energy, unselfishness and reckless abandon. In an era of one-and-done players, it’s tough to say that any one player would change the face of a program but McGary could have that influence in Ann Arbor. McGary would take Michigan’s 2012 class from very good to top-10 and his commitment would make it all too clear that Beilein can recruit the nation’s top talent.

While Michigan continues to make progress in McGary’s recruitment, working tirelessly to secure a fall visit, the Wolverines still have their work cut out for them as his list includes North Carolina, Duke, Florida, Kentucky, Maryland, Connecticut, Kansas, Michigan, Illinois, Purdue, Marquette, Louisville, Texas and Indiana.. Word has leaked out that McGary could be considering a Labor Day trip to Ann Arbor but McGary himself admits that he doesn’t know where he’ll visit:

And then when asked about visits, McGary said “I’m not sure where I will visit yet.”

More recently, another option has developed in the class as 2012 big man Marshall Wood is now considering Michigan. Reports are that Wood has a Michigan offer ($), but that would obviously have to be finalized with a visit to Ann Arbor.

Wood is entering his senior year at just 16-years old but possesses a great combination of skill and athleticism. He was valued as more of a mid-major level prospect before this summer but has opened some eyes this summer drawing interest from schools such as Michigan, Virginia, Wake Forest and Richmond. His highlights are impressive:

Michigan’s plans for the class of 2012 should become much more focused throughout the month of September as official visits become solidified.