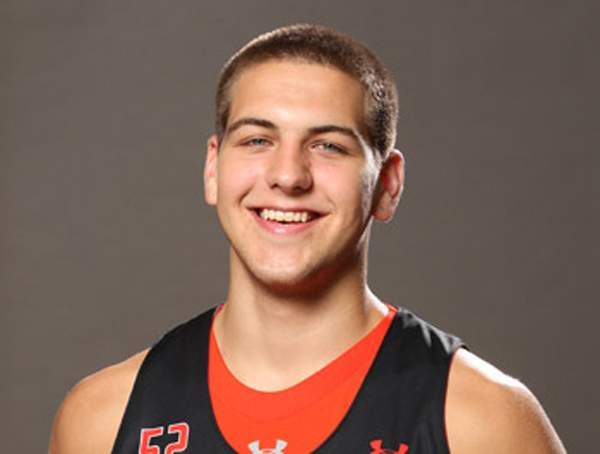 From @MichiganPrepStars: What are the chances of Michigan landing Mitch McGary and/or Gary Harris if at all?

Michigan has a shot at McGary. The Wolverines have already landed an unofficial visit, made McGary’s top six and have developed a strong relationship with the SYF Players AAU program after landing commitments from Glenn Robinson III and Max Bielfeldt.

On the other hand, it’s tough to be too optimistic when the competition includes Duke, North Carolina and Kentucky. There’s a reason that McGary is ranked among the top five players in the country: he’s really good.

A recent report from Evan Daniels noted that Michigan was one of the teams most often mentioned in regards to McGary. However, there’s also been plenty of talk that most people don’t have a clue what McGary’s going to do. McGary took a trip to Florida this week and outlined his visit plans in a new blog on ESPN:

I think the Gary Harris dream has probably ended at this point. Michigan State, Indiana and Purdue appear to have a leg out in front in that recruitment and it’s tough to imagine Michigan making it back into the picture, even with Harris’s 2013 high school teammate Zak Irvin headed to Ann Arbor.

From @rbraidwo: will we still occasionally see Novak at the 4?

Novak has played the majority of his minutes at the four position for the last three seasons and I don’t see any way that he doesn’t play any minutes at the four this year. We say it every year, but this season it might finally be realistic for Novak to play significantly fewer minutes at that spot. I expect Novak to start the the off guard, similar to last season, with Smotrycz starting the four. Evan Smotrycz’s improvement and impact on the game will have a direct correlation to the number of minutes that Novak plays at the four.  If Smotrycz is productive, stays out of foul trouble and can defend opposing fours, Novak will see his time at the spot diminish. Michigan also has a bit more flexibility at the four spot this year with a bigger and stronger player like Max Bielfeldt as a potential option, or perhaps Colton Christian continuing to develop.

From @IndyHSHoops: With Michigan’s recent recruiting success in Indiana, do you expect the Wolverines to continue to recruit the Hoosier state hard?
I don’t think there’s any doubt that John Beilein and his staff will continue to focus on recruiting the state of Indiana. The talent is most certainly there and Michigan has made strides with recent coaching moves and recruitments. Assistant coach Jeff Meyer has years of experience, having coached at Purdue, Butler and Indiana during his career, and he has made an immediate impact. Similarly, Lavall Jordan played at Butler and is well respected by many throughout the state that remember his playing days.

Early on in Beilein’s tenure he focused on the state of Indiana. Michigan swung and missed on several Indiana prospects – most notably Gordon Hayward – and took flyers on a pair of kids that weren’t highly regarded but have become fixtures in the Michigan lineup: Zack Novak and Stu Douglass. The relationships that the Michigan staff has cultivated with the AAU programs across the state – most recently the SYF Players and Eric Gordon All-Stars – should have nothing but a positive effect going forward as the Wolverines begin to focus on younger talent in the Hoosier State.

From @rbraidwo: how good was Morris on D? should we expect a downgrade with Burke starting?
This is a good question and the answer is a bit multi dimensional. Morris had great size and strength, which made him a capable defender, but I would never consider him a great defender. Stu Douglass was generally tasked with guarding quicker guards (Battle, Lucas, etc.) and Morris exerted a lot of energy on the offensive end of the floor.

Burke, at 6-foot-1, is a much smaller player than Morris and he’s also much quicker. It’s tough to expect a true freshman, one that’s also trying to learn John Beilein’s intricate offense, to be a great defender. There are some freshmen that simply excel as defenders at the next level, someone like Aaron Craft for example. Burke might not have the ability to be an elite level defender out of the gate, but he certainly has the potential to be an average to above average perimeter defender at this level.

From @jetsgreen: does Hardaway have All-American potential this season?

When you talk about All-Americans in the preseason you obviously have to focus on guys like Jared Sullinger and Harrison Barnes. I don’t think Hardaway did enough last season to be considered as a pre-season All-American, on the other hand he played nearly as well as one for the final two months of the season. Can he put that sort of performance together for a whole year? If he can then, he’s more than capable of playing at an All-Big Ten first team level and perhaps earning a nod on someone’s second or third team All-American roster when all is said and done.