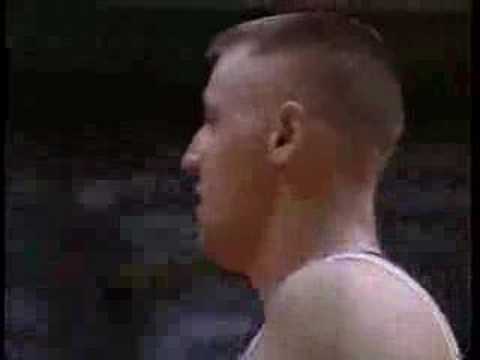 We’ve posted updates, scouting reports and video of Michigan’s commitments and recruiting targets but in an effort go beyond the basketball court we’re debuting a new feature. In our new “Getting to Know” feature we’ll ask commitments questions about their day-to-day life, inspirations, hobbies and more. To debut this feature, we asked Glenn Robinson III about his motivation, favorite movies and music artists, his official visit to Ann Arbor, Mitch McGary and a wealth of other subjects.

What is something most people might not know about you?
”Most people probably would not know that I was born premature. I was born 3 months premature and only weighed 3 pounds at first. Doctors have told me that I am lucky to be around, let alone be 6-foot-6 and almost 6-foot-7.”

Does that make your athletic accomplishments like earning a scholarship to Michigan that much more special?
”Oh, definitely. It makes me feel blessed and helps me to stay humble at all times.”

What kind of music would I find if I check your playlist or iPod?
“I like to listen to a lot of Jay-Z. I like Lil’ Wayne, Big Sean, J Cole and Wiz Khalifa.”

What are some of your favorite TV shows?
“I don’t watch a lot of TV, but when I do, I like to watch ESPN and some reality shows.”

What are a few of your favorite movies of all time?
“Scarface, The Godfather and Cinderella Man.”

Do you play many video games?
“Yeah, I really like to play Madden and NBA 2k on PlayStation 3.”

What teams do you use on each game?
“I like to use the Heat and LeBron on NBA 2k and on Madden I like to play with Adrian Peterson and the Vikings.”

If you could pick any girl in the world to take on one date, who would it be?
“Beyonce.”

If you had to play a sport other than basketball, what would it be?
“I would play football. I played my freshman year, and I had 7 or 8 touchdowns as a wide receiver through the first 5 games, but I banged up my foot and stopped playing. I didn’t stop playing because I don’t like football, but because I just wanted to focus on basketball.”

Who are your favorite NFL players?
“Adrian Peterson and Chad Ochocinco.”

Who is the best player you have teamed up with on the basketball court?
“Mitch McGary.”

Who is the best player you’ve played against?
“Shabazz Muhammad.”

If you could create a five man team using yourself and four other players from any period in time, who would you pick?
“First I would choose my high school point guard Larry Payne, because we’ve played with each other for such a long time and are great friends. For the other three I’d have to say LeBron, Michael Jordan and Kareem Abdul-Jabbar.”

Who would you choose coach that team?
“My high school coach Dave Milausnic.”

What is your favorite class in school?
“I’d have to say math or business. They go together because usually when you’re doing business it involves math of some kind. I think that is what I want to study in school and I want to own a business in life.”

What is the best advice someone has ever given you?
“Coming into my freshman year of high school, my coach told me to just keep working hard and let everything else fall into place. He told me that he knew I’d become one of the top players in the country, but said not to worry about rankings, recruiting and what people say about me. He told me that throughout my high school career, and he ended up being right.”

Who is your inspiration or role model in life?
“I know people always say haters drive them, so I do kind of get some motivation from my haters. I look at recruiting rankings and use that as a way to motivate me to continue to get better and work harder. I also get motivation from my mom, my grandma and my coach. Those three have been with me all my life, or for a very long time and have always supported me and pushed me to work hard.”

What advice would you give to an incoming freshman basketball player with the chance to be a high-level recruit like yourself?
“I would tell him to not look at rankings and just to let everything fall into place. I would also tell him to make sure he makes his school work a priority because one of the first things colleges will look at are your grades. I would say what others think doesn’t matter, and just work hard no matter what.”

Do you ever feel pressure to succeed because of your father’s success as a collegiate and professional basketball player?
“Yeah, I would say I do a little bit. I don’t really feel pressure, but sometimes I think people try to compare us or compare our games and hype it up a little more than they need to.”

What advice has your dad given you about playing college basketball and dealing with comparisons to him?
“He just says don’t worry about him or what he did as a player. He says that it’s not about him anymore and to focus on working hard and being a successful player.”

If you had to give your coach or teammates a scouting report on your dad’s game, what would you say?

“I’d start off by doubling him in the post. Don’t let him catch the ball in the mid-range, and make sure you force him left and body him up.”

What happened the last time you guys played one on one?
“We played three times last summer. He beat me twice and I won one of the games.”

Have you seen his dunk(s) vs. Greg Ostertag in the NCAA Tournament?
Yeah I have, and it was a great play. The best part was that he did it twice. The first time I watched it I kind of saw it coming, but he got up and made a great play.”

How was your official visit this past weekend to Michigan?
“It was great, I loved it. On Friday night I went to an open gym and watched the team play. I hung out with Tim Hardaway a lot because he was my host. On Saturday we got up and went to College Gameday in the morning, we were outside the game all day and then we went to the game at night. It was absolutely crazy, and I couldn’t believe that they got close to 115,000 people in there for just one game. Coach Beilein and the coaching staff were excellent and they did a great job of setting everything up and making it a great time for me.”

Did your visit make you even more excited about being at Michigan next year?
“It was even crazier than I expected and it got me so excited about going to Michigan.”

What has been your approach to helping Michigan recruit your friend and AAU teammate, Mitch McGary?
“This summer, I was recruiting him hard and I know Michigan is in his top 5. I know he had a great time on his visit to Michigan. He’s my best friend and we are really like brothers. I want him to do what is best for him, but I’ll try to do what I can do to recruit him to Michigan. I really don’t know know where he is going to end up, but I hope he comes to Michigan. I know he’s still taking visits and making a decision, but I don’t think it will be too much longer before he decides.”