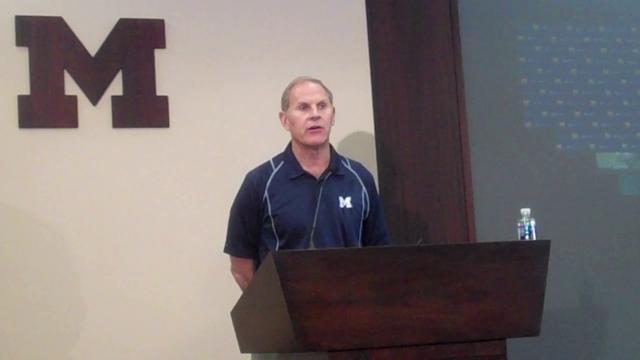 John Beilein addressed the media at Michigan’s annual media day this afternoon. Here’s footage of his entire address followed by highlights, notes and quotes after the jump.

Click through for full notes and quotes or check out the rest of our content from Michigan’s Media Day.

On how the offense will be different this year without Darius…

On the big men…

On expectation for the frontcourt…

On the players coming into the season in good shape…

On if Burke can bging something to the table that Morris couldn’t, specifically his shooting ability…

On the Maui Invitational…

On having veterans on the team this year…

On how the freshmen will fit in…

On the preseason top-20 ranking…

On Jordan Morgan’s next step…

On when the new facility will be done…