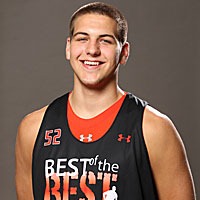 Duke Hoop Blog interviewed Mitch McGary’s father for a feature story that touches on McGary’s past, the decision to attend prep school, his development, his coaches and the next steps in his recruitment.

The most notable quote from McGary’s father refers to Mitch’s plans to return home and discuss things with his family this weekend:

Recently, reports came out that Mitch was nearing or had made a decision. However, Tim refutes that notion “He hasn’t made a decision. I just talked to him tonight (Monday night) and we talked about it a little bit. He’s coming home Wednesday night and we’re going to sit down and talk about it. They get a four or five day break this weekend so he’s flying in to O’hare and my older son will pick him up. We’ll be able to sit down and sort things out.”

The entire feature is worth a read as it provides insight into McGary’s journey from under the radar Chesterton kid to national recruit.

McGary was also recently profiled by SLAM Magazine and emphasized to Rivals.com’s Jerry Meyer that he has not made any decision ($). With a more local twist, Mike Hutton from the Post Tribune cites a source familiar with the process in predicting that McGary will attend either Michigan or Duke.