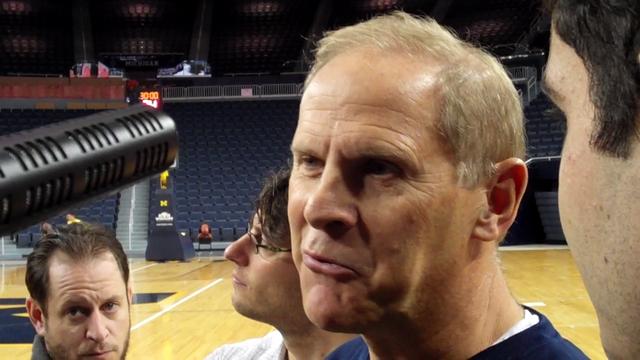 John Beilein addressed the media before practice this afternoon and discussed everything from what he’s seen out of the freshmen to his expectations for this year’s squad, noting that Michigan’s goal should always be to win a championship. Here’s video of what the Beilein had to say before the team’s sixth practice of the season.

Find the second half of the video (from an improved angle) along with notes, quotes and more after the jump.

On the first few days of practice…

On the freshmen’s progress so far…

On a possible rotation…

On if he’s considering redshirting anybody this season…

On what stands out with Burke and Brundridge…

On Smotrycz and his added strength…

On Stu and the point guard position…

On how much the big name players will play per game…