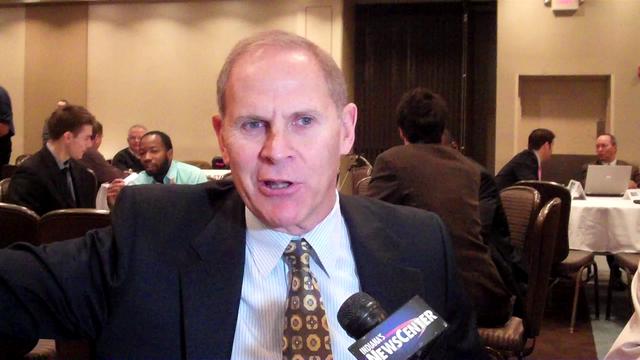 John Beilein met with the media in a roundtable discussion at Big Ten Media Day on Thursday. Here’s video of what the coach had to say, followed by notes and quotes after the jump.


On the team and the Big Ten…

On having most the team back…

On the rest of the team in team scrimmage…

On preseason rankings (UM picked 4th in the Big Ten)…

On having a two-guard front…