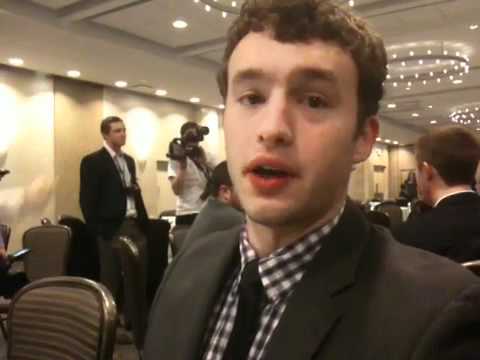 Find all of our Big Ten Media Day Coverage here as well additional quotes and video from Novak after the jump.
Additional Video from the Big Ten Network:

On representing Michigan at media day for a second time … “I remember coach Beilein telling me my sophomore year when he was leaving with Manny (Harris) and DeShawn (Sims) for this event that I would be going my senior year. To be able to come twice is a great experience. You get to see all the other guys from around the league in a different setting than you typically see them. Obviously we can all relate to one another. You find out that you might not like them on the court but here we all get along pretty well.”