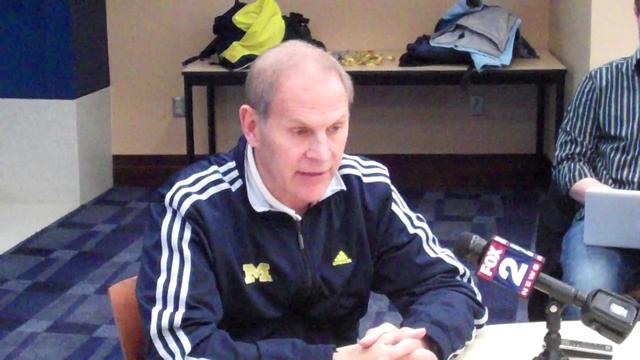 On Thursday, John Beilein sat down in a roundtable discussion just a day before the Wolverines’ first exhibition game of the season. Here’s video of the interview, along with notes and quotes after the jump.

On what he was most pleased about in the team scrimmage…

On the new facilities…