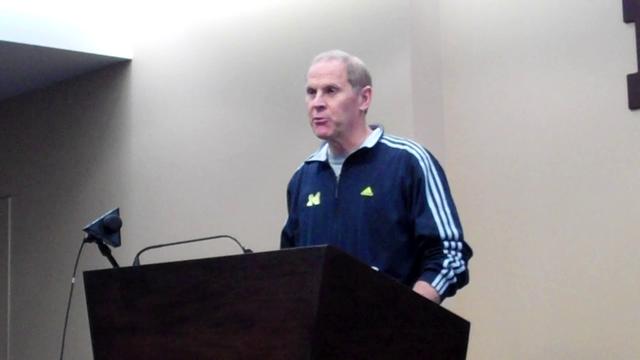 On Thursday, John Beilein met with the media to preview Michigan’s season opener versus Ferris State. The big news out of press conference was that Trey Burke will be replacing Stu Douglass at point guard in the starting line up. Here’s high definition video of the press conference followed by notes and quotes after the jump.