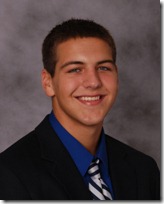 Brewster Academy tipped off its 2011-12 season last week and already won its first tournament of the year on Sunday. Brewster grabbed its fourth consecutive New Hampshire Prep Invitational championship with a pair of wins over Redemption Christian and Notre Dame Prep.

HoopRootz was tweeting from the event and noted that there were a few dozen Michigan fans in the gym checking out McGary and that Mitch was easily the loudest and most intense person in the building.

Next up for Brewster is a trip to the National Prep Showcase in New Haven, CT, a high profile event featuring the top prep schools across the country. That event will be held next weekend, November 18th-20th, and Brewster will face Fishburne Military Academy and Massanutten Military Academy.