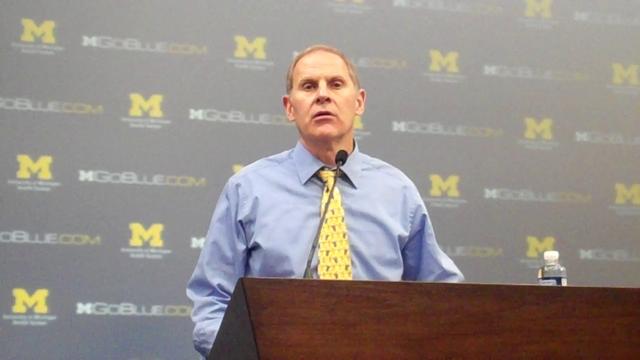 Michigan cruised to an easy win over Towson, 64-47, on Monday night but John Beilein didn’t seem very pleased afterward. Beilein was frustrated by Towson outscoring the Wolverines 31-27 in the second half although he was pleased with Trey Burke’s break-out performance. Watch John Beilein’s press conference in the embedded media player below or read the notes and quotes after the jump.