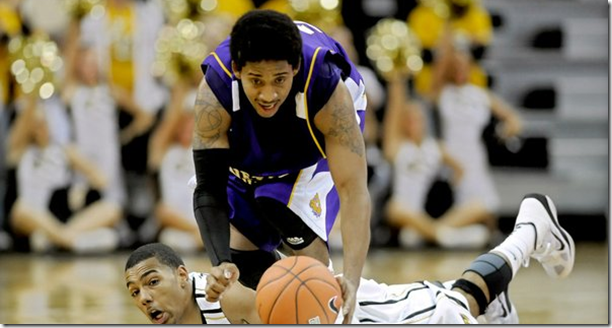 Michigan hosts Western Illinois in its final tune up before beginning play in the 2011 Maui Invitational on Monday against Memphis. Like Michigan’s first two games of the season, Western Illinois shouldn’t pose much of a serious threat. The Leathernecks won just two games in the Summit League last season and were the only team to lose to Division 1 cellar dweller Centenary, who went 1-29 and now plays Division III basketball.

Now that Centenary is no longer in the Summit League, Western Illinois is projected to finish last in the conference. Graduated senior Matt Lander carried the Leathernecks last season but the most important player on last year’s team was one player that didn’t play: Ceola Clark. Clark missed last season with injury, playing in just six games, but he was Western Illinois’ leading scorer, assist man and defender the year before. Tonight’s game will be Clark’s first back in the line-up since his injury last season.

Despite playing without Clark in their season opener, the Leathernecks managed to hang with Dayton. For 20 minutes. Western Illinois trailed Dayton by three at the break after running up a 67% effective field goal percentage for the first half. That good shooting fortune dried up in the second half as the Leathernecks had as many turnovers as made shots, five, in the second half, good for a 19% eFG% and a 29 point loss.

Western Illinois’ leading contributors in that game were 6-foot-3 senior guard Tommie Tyler, who also missed half of last season due to injury, 6-foot-3 freshman Obi Emegano and 6-foot-7 JUCO forward Terell Parks. If Western Illinois is to surprise this season it will be because of Clark. He’s far and away the most efficient and productive player that head coach Jim Molinari has boasted in his four seasons at Western Illinois. He assists a quarter of his teammates makes, makes over half his twos and 40 percent of his threes and gets to the free throw line often.

Western Illinois wasn’t good at much last season, making it hard to get a good read on how they’d like to play but it’s safe to bet on a slow game. The Leathernecks were the slowest team in the Summit League last season ranked in the bottom 10-percent nationally in possessions per game. Western Illinois struggled defensive against Dayton, allowing the Flyers to make 69 percent of their twos and 39 percent of their threes. Surrendering 1.30 points per possession in that game, about the only thing the Leathernecks did well was keep Dayton off the free throw line.

Ken Pomeroy’s early projections (a combination of opening play and preseason prognostications) are extremely glum on Western Illinois. Pomeroy actually ranks the Leathernecks 332nd nationally, 24 spots below the Towson team that Michigan faced earlier this week. Pomeroy goes on to project a 69-46 Michigan win in a 58 possession game. For Michigan this is another opportunity to find its stride or some level of comfort. The Wolverine defense has been solid but the offense has sputtered for long stretches of the early season.

This & that: Trey Burke and Jordan Morgan are both expected to start for the second consecutive game along with Tim Hardaway Jr., Evan Smotrycz and Zack Novak. Nick Baumgardner’s four things to watch tonight. Darius Morris tells the LA Times that he has no regrets about entering the NBA draft. Josh Bartelstein hints at Michigan wearing new gear on Monday in his latest blog, saying they will “blow some of you away”. Mike Rothstein looks at Evan Smotrycz’s expanded game.

Let’s hear your thoughts and predictions in the comments below.