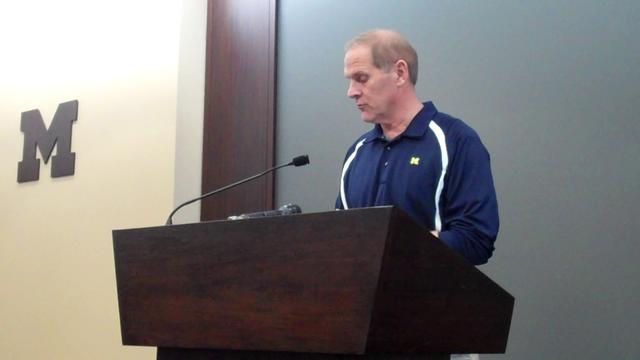 John Beilein addressed the media on Friday, discussing lingering questions from the loss to Virginia on Tuesday and previewing Saturday’s matchup against Iowa State. Here’s video of the press conference, followed by notes and quotes after the jump.