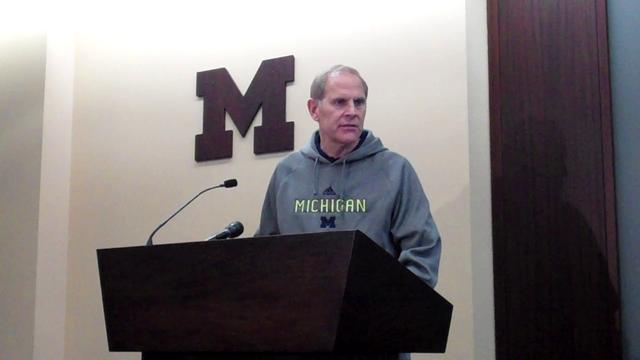 On Friday, John Beilein met with the media for the first time since last Saturday’s win over Iowa State. Tomorrow, Michigan will take on a tough Oakland team at The Palace at 4 p.m. Here’s video of what the coach had to say about the Grizzlies and other topics, along with notes and quotes after the jump: