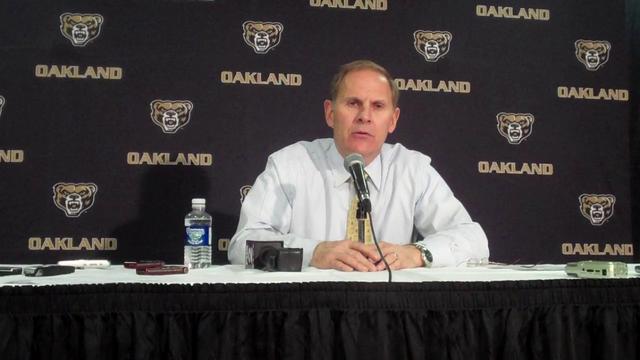 After Michigan’s 90-80 victory over Oakland, John Beilein was pleased with how his team responded to adversity – from dealing with broken scoreboards to coming out strong in the second half. Watch video of Beilein’s comments in the embedded media player below or read the notes and quotes after the jump: