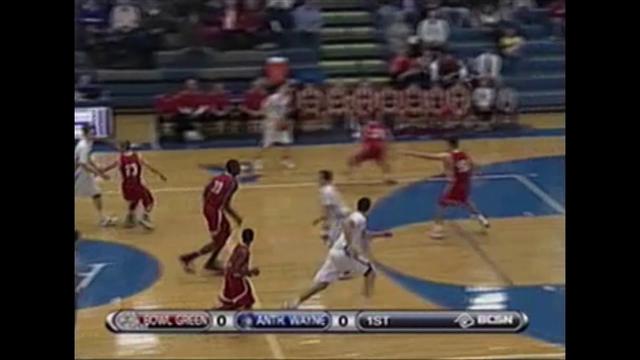 2013 Michigan commitment Mark Donnal put together a monster performance against Bowling Green on Saturday. Donnal scored 36 points on just 15 shots and dominated the game for Anthony Wayne. Watch Donnal in action in the embedded media player below:

Scouting report after the jump.

Donnal was extremely efficient offensively and finished with ease from inside and out. He was matched up with Bowling Green’s Vitto Brown, a junior post with a handful of mid-major offers, and dominated the battle. His jumper was effective from mid-range all the way out to three point land and he showed off nice post moves when he got the ball on the block. He also got to the free throw line often and carried over his smooth shot while converting his freebies. His coordination, control offensively and great feet make him a tailor made fit for John Beilein’s offense.

Donnal has a deft shooting touch and advanced offensive game but he’s more of a pick-and-pop player than a face up big man. He’s not going to put the ball on the floor often and this juncture and had his fair share of turnovers. Defensively he was hard to judge as Anthony Wayne played a majority of the game in a 2-3 zone. He wasn’t a dominant shot blocking presence but did do a great job of staying out of foul trouble. He will also need to continue to be a more aggressive rebounder and pursue rebounds further out of his area.

Donnal was extremely impressive on Saturday. His offensive skill level and shooting touch are almost certain to make John Beilein drool. He has a great feel for the game offensively and knew how to establish position despite facing double teams and zone looks.