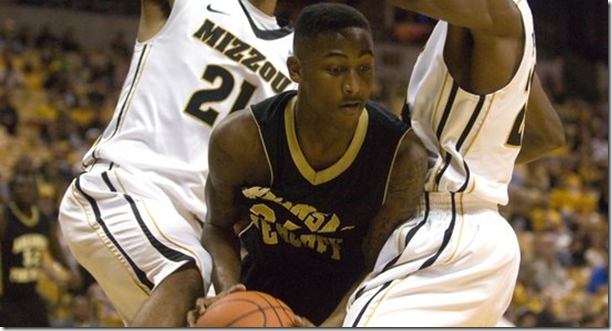 After opening the year with a pair of snooze-worthy games, Michigan’s non-conference slate has actually been fairly robust. The Wolverines have faced their fair share of challenges through a month of basketball. Michigan has already played several games on the road or at neutral sites, played in marquee games versus Duke or Memphis and has played very few games against the dregs of Division I basketball. However, all good things must come to an end and Michigan is prepared to head into final exam season. The first tune up game of this stretch comes against Arkansas Pine Bluff, a team that’s logo might be more exciting than its statistical profile.

Two years ago, Pine Bluff head coach Greg Ivory scheduled 11 road non-conference games on the road and lost every single one. Three months later the Golden Lions were in the NCAA Tournament after winning the SWAC Tournament. Losing non-conference games has become something of a rite of passage for the Arkansas Pine-Bluff program. Ivory’s squad hasn’t played a non-conference game at home during his four year tenure and has won just one game out of conference – this year over Florida International in Tulsa, Oklahoma.

Some pundits feel that Pine Bluff could compete near the top of the SWAC this season, which sounds good on paper but doesn’t count for much. The SWAC is regarded as the worst conference in college basketball – KenPom.com ranked it 32nd last season and this season; dead last and behind the Great West, a league which isn’t even rewarded with an automatic NCAA tournament berth.

The Golden Lions have faced just one team ranked in Ken Pomeroy’s top 90 but scoring points has still been a laborious process. Pine Bluff has yet to surpass the 1-point per possession mark this season and has tallied an effective field goal percentage over 46% just once. Michigan’s worst shooting performance (47% eFG% vs. Ferris State) of the season would rank as Pine Bluff’s second best. The Lions struggle in almost all facets of the game offensively. They turn the ball over on more than a quarter of their possessions and rarely get to the free throw line where they convert just 59% of their freebies. Even in its one win of the season, Pine Bluff still turned the ball over on a nearly unfathomable 40% of its offensive possessions.

The Pine Bluff defense is better but still severely deficient, seeming to benefit from the sloppy style of play that their games tend to degrade into. Opponents turn the ball over on 24% of their possessions against the Golden Lions but if they are able to hold onto the ball, good things happen. Pine Bluff opponents are making 53% of their twos and 40% of their threes for an effective field goal percentage of 56% (319th nationally). Pine Bluff also fouls often, surrendering a free throw rate (FTA/FGA) of 43% and is below average on the defensive glass.

Pine Bluff’s best player is Savalance Townsend (above), a senior guard that averages 18 points per game and is the only Lion with an offensive rating over 100. He uses almost 30% of Pine Bluff’s possessions and is certain to be the No. 1 priority for Michigan’s defense. 6-foot-7 Mitchell Anderson anchors the middle, averaging eight points and seven rebounds per game, while Lazabian Jackson (8 ppg) and Daniel Broughton (6ppg, 6 rpg) provide the remaining offensive fire power.

Michigan ranks third nationally in effective field goal percentage – thanks to the nations best two point shooting at 62% – and should be able to shred the Arkansas Pine Bluff defense. It’s interesting to note that while Michigan’s offensive production this season ranks 21st nationally, that measures up to just 5th in the Big Ten. The Wolverines’ inconsistent defense ranks 80th nationally, or 9th in the Big Ten. Those numbers show just how strong the Big Ten appears to be this season with six teams currently ranked in the top 25.

From a Michigan perspective it would be great to see Michigan’s starting group execute early, extend a lead and allow the bench to play quality minutes. It’s no secret that the Wolverine bench has struggled this season. Michigan’s starters are playing just 77% of the available minutes, a mark which ranks 331st nationally. It’s also tough to imagine the bench playing more minutes as Big Ten play begins but bench production is always important. Developing trusted options on the bench should be the primary goal during the final three pre-Big Ten games.

Jon Horford is limited with a foot injury and it remains to be seen how that will affect him going forward. That’s a significant chance for  Blake McLimans to step up and prove something. It also could mean that we’ll see more of a Novak-Smotrycz front line as Michigan goes with a smaller group – that option would require guards to step up. Stu Douglass put together a strong performance at Oakland while Matt Vogrich has struggled all season. Eso Akunne has played well but you have to wonder if John Beilein will let Carlton Brundidge get some serious playing time before Big Ten play.

Pomeroy says the Wolverines have a 98% chance of moving to 8-2, projecting a 75-51 Michigan win in a 63 possession contest.