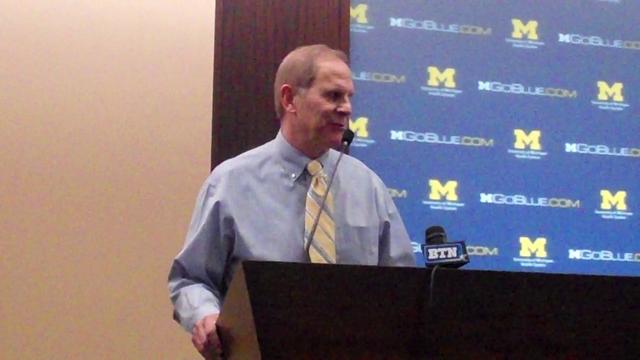 John Beilein addressed the media after Michigan’s 63-50 victory on Tuesday. During the conference, he noted that Tim Hardaway Jr. should be fine after taking a hard fall while Jon Horford’s injury status is still up in the air going forward. Watch Beilein’s comments in the embedded media player below: