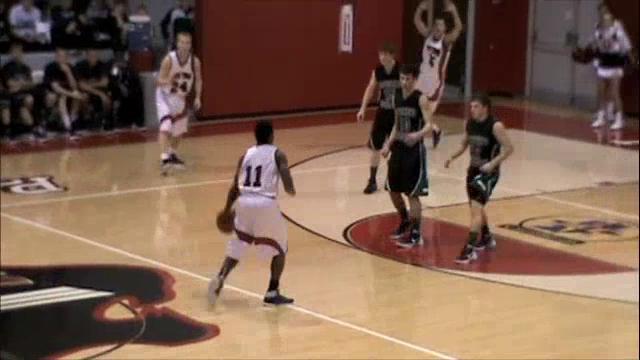 Watch footage of Bluiett in the embedded media player below and find a scouting report after the jump.

Although the competition was lacking as Park Tudor played a clearly inferior team, Trevon Bluiett looked solid as he posted a 20 point performance in Park Tudor’s 75-42 rout of Covenant Christian. The 6-5 wing showed a versatile offensive game as he knocked down 3’s, scored on the offensive glass, attacked off the dribble and converted at the foul line. Bluiett is not great at any one thing offensively, but he does a great job of taking what the defense gives him and playing in an opportunistic fashion. The sophomore is also a capable and willing passer who will find open teammates for baskets. Bluiett looks to be in better shape physically, but he could still continue to improve his physique, stamina and overall athleticism. Bluiett could also improve defensively, as he seems to have trouble defending quicker players on the perimeter.

Inside the Hall also posted a Hoosier-centric video interview with Bluiett.