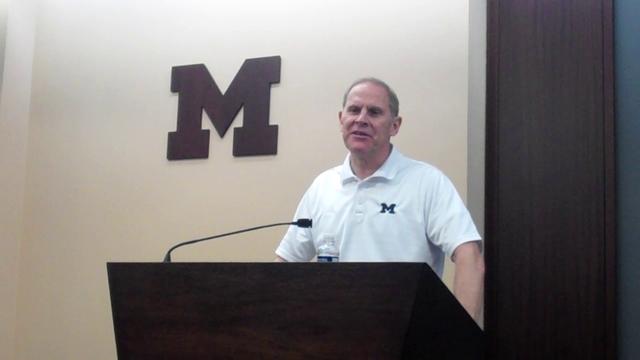 John Beilein met with the media after practice early this afternoon to discuss tomorrow’s game against Alabama A&M. Most importantly, he confirmed that Tim Hardaway Jr. is fine after bruising his tailbone last Tuesday. Hardaway will play at full capacity tomorrow against Alabama A&M and has been practicing all week. Here’s video of what the coach had to say, followed by notes and quotes after the jump.