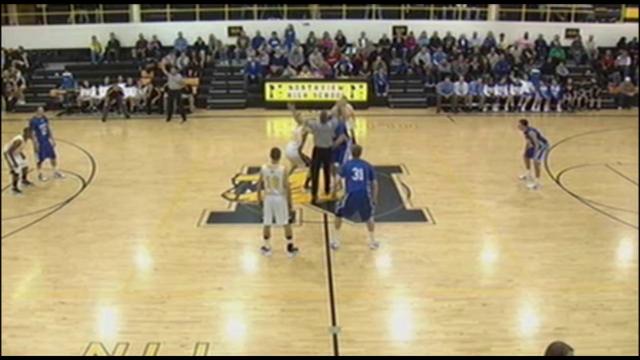 Mark Donnal scored 16 points to lead Anthony Wayne to a win over Northview last week but the game was a grind. Donnal didn’t score in the first half and battled foul trouble, double teams and even triple teams for most of the game. Anthony Wayne trailed by 12 at the break before outscoring Northview by 16 in the second half to escape with the victory.

Watch footage of Donnal’s performance in the embedded media player below or find a scouting report after the jump.


It says a lot about a player when they can battle through their struggles and produce down the stretch – especially when it results in a win. That’s exactly what Donnal managed to do versus Northview in this game. His teammates force fed him the ball and although it was never perfect – like his performance against Bowling Green – eventually it was effective.

Donnal had the play of the game, grabbing a defensive rebound and taking it the length of the court by himself for an “and one” basket. The subsequent free throw gave Anthony Wayne its first lead, one that it wouldn’t relinquish for the remainder of regulation. Watching Donnal play it’s tough not to be enamored with his high level of offensive skill. He has some face up game, solid post moves and an impressive handle for a big guy.

The questions that he will have to answer at the next level begin on the defensive end of the floor. Donnal should be a game changer defensively and on the glass against smaller teams like Northview but he hasn’t had that sort of dominant presence. Part of this could be to avoid foul trouble, and Wayne’s defense certainly has an impact. For the majority of possessions, Donnal is stationed on the wing in their 2-3 zone – not the middle. If his strength, foot speed and athleticism can keep up with his offensive skill level over the next two years, Donnal should hit the ground running when he arrives in Ann Arbor.