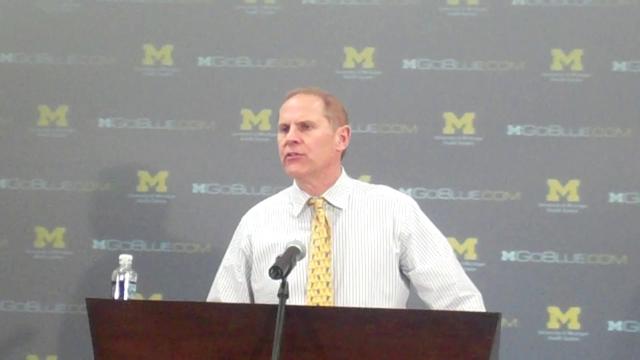 It certainly wasn’t easy but Michigan eventually pulled away from visiting Bradley 77-66 tonight to head into Big Ten play with a 10-2 record. After the game, John Beilein was pleased with his team’s effort and even snuck in a couple of light-hearted jokes at the press conference. Here’s video of what the coach had to say, along with notes and quotes after the jump.