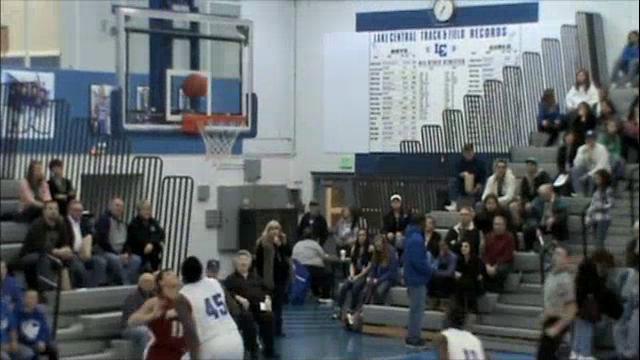 Class of 2014 Lake Central prospect Tyler Wideman is already garnering high major interest. The big man already holds an offer from Purdue and is drawing interest from most of the Big Ten, including Michigan. Wideman attended Michigan’s College Practice Camp over the summer and has played well this summer along 2012 Michigan commitment Glenn Robinson III. Watch Wideman in action in the media player below versus Portage and find scouting notes after the jump.

The first thing that jumped out about Tyler Wideman in Lake Central’s rout of Portage, was how much more athletic and conditioned the sophomore looked. He made plays above the rim on both ends of the floor, and looked to posses much more stamina than he had in the past. The 6-foot-7 Wideman’s passing ability led to many easy baskets for teammates, and was very impressive for a big man. He’s also a bull on the glass, and will fight for rebounds on either end of the floor. Overall, it was a solid showing for Wideman, who showed flashes of everything he can do in the win.