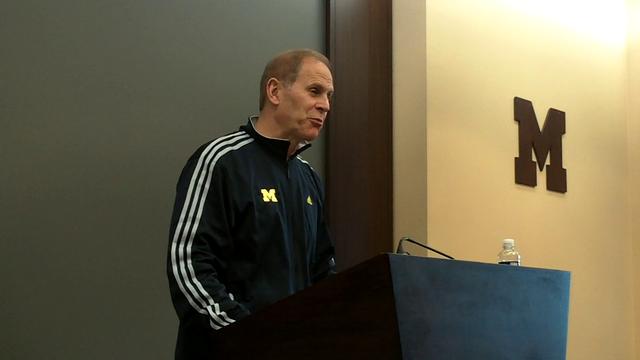 John Beilein discussed Michigan’s upcoming game against Penn State while looking back at the non-conference slate and ahead to Big Ten play. The most notable update was that Jon Horford has a stress fracture in his foot and is out for at least one or two more weeks. You can watch Beilein’s press conference in the media player below or read the quotes after the jump.

Transcript and quotes after the jump.