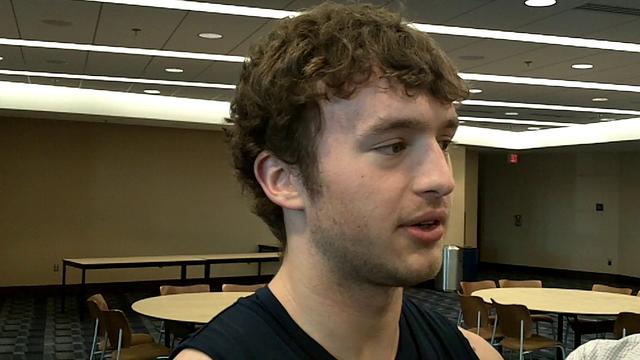 Zack Novak met with the media this morning before film to discuss Michigan’s upcoming Big Ten opener against Penn State. Novak discussed last year’s slow start, the team’s performance to date and much more. Watch the interview in the embedded media player below or find a full transcript after the jump.