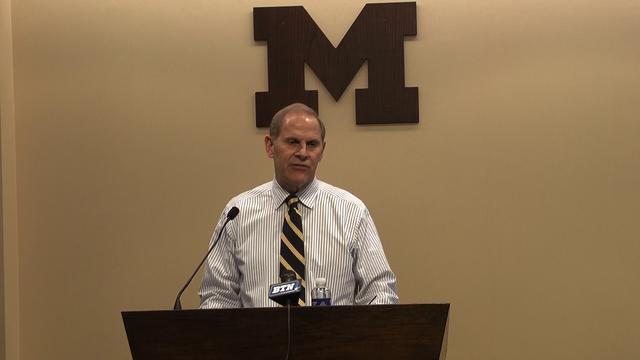 John Beilein met with the media after earning his first win over Wisconsin on Sunday. Here’s video of what the coach had to say, followed by notes and quotes after the jump: