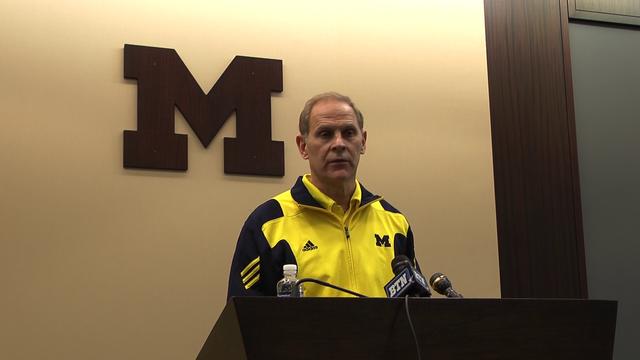 Michigan head coach John Beilein met with the media on Tuesday to preview Michigan’s Wednesday night match-up versus Northwestern. Beilein reported that Jon Horford received some good news on his foot after an X-ray on Monday and, depending on his progress, could be back as soon as late next week. Watch video of Beilein’s pre-game address followed by notes and quotes after the jump.