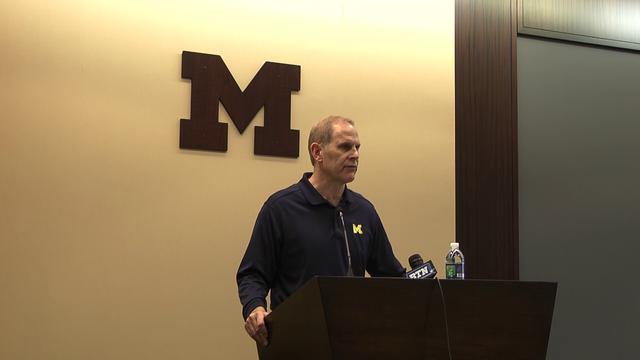 Coach John Beilein met with the media before practice today as Michigan prepares to head to Iowa City to face the Hawkeyes at 1 p.m.  on Saturday. (Game preview here.) Here’s video of Beilein, followed by notes and quotes after the jump.


Be a fan of Coast to Coast Tickets on Facebook for discounts you can use towards college football tickets and Big 12 basketball tickets!