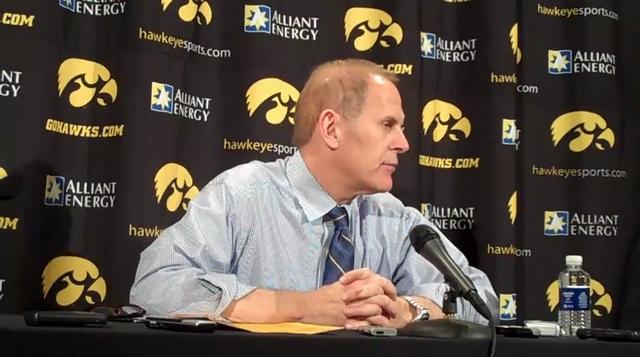 John Beilein addressed the media after Michigan’s loss to Iowa and talked about the decision to bench Trey Burke with two fouls, what went wrong and how Michigan will grow from the performance.

Notes and quotes after the jump. Many thanks to HawkeyeDrive.com for helping out with video footage.