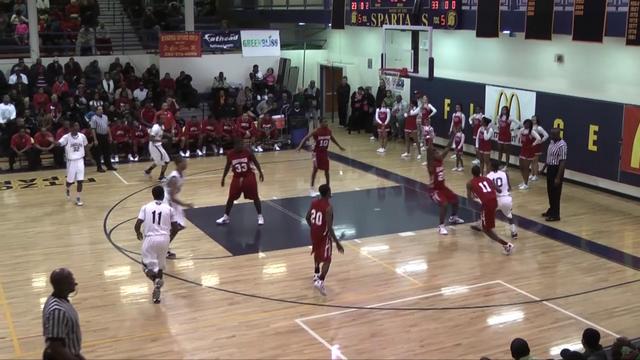 Michigan commitment Derrick Walton and Flint Beecher’s Monte Morris faced off on Saturday night in a battle the pitted arguably the states top two point guards. Morris and Flint Beecher came away with the 77-68 victory and both stars excelled. Walton finished with 24 points, seven assists and seven rebounds while Morris led all scorers with 32 points. After facing an 11-point halftime deficit, Chandler Park climbed back to within two early in the fourth quarter, but failed to draw any closer.

Here’s scouting footage of Walton in action with scouting notes and video interview after the jump:

Scouting notes and video interview after the jump.