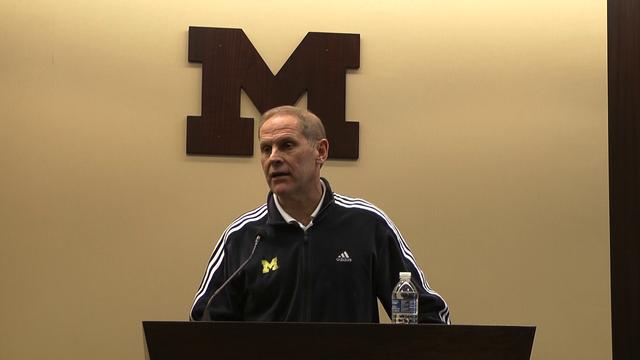 With the Michigan State match-up just a day away, John Beilein met with the media on Monday to discuss the game and how the rivalry has developed. The most newsworthy bit of was that Jon Horford will definitely not play tomorrow and a final decision regarding his return should be made by the end of this week. Watch Beilein’s address in the embedded media player below:

Full notes and quotes after the jump.