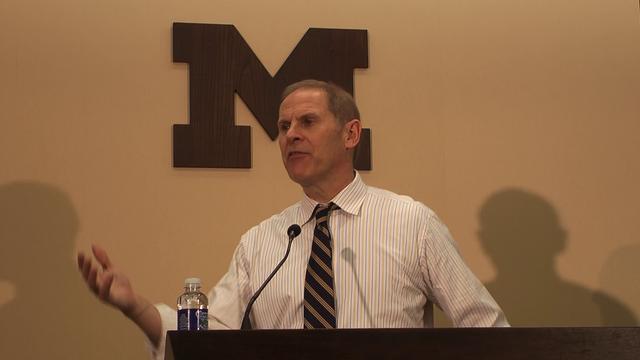 An excited John Beilein met with the media following Michigan’s 60-59 victory over Michigan State tonight. Beilein wouldn’t say much about the importance the Wolverines winning their third straight over the Spartans, but he had plenty to say about the game. Here’s video of Beilein, followed by notes and quotes after the jump: