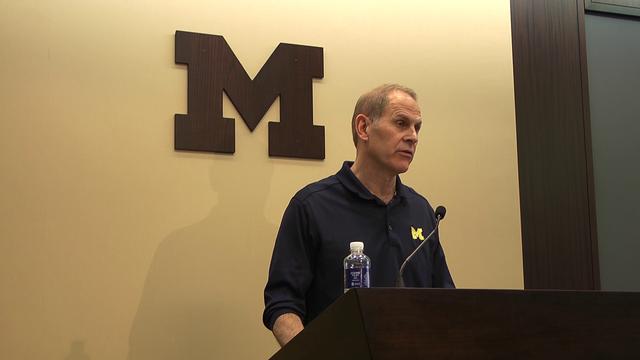 Coach John Beilein met with the media Friday afternoon as Michigan prepares to take on Arkansas tomorrow at 2 p.m. Beilein noted that Jon Horford will not travel with the team, opting instead to stay home and continue to do therapy on his injured foot. Here’s video of Beilein’s entire address followed by notes and quotes after the jump: