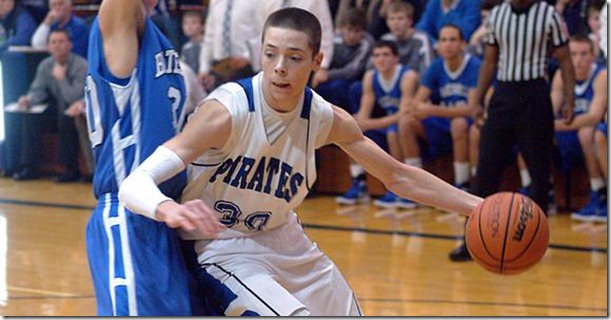 Robinson had 21 points and nine rebounds in a nine point win over division rivals Merrillville. Robinson was profiled in the student paper after breaking Lake Central’s all-time scoring record.

“It was a great accomplishment. It’s a blessing, but it won’t mean much to me until after the season. My goal now is to win a state championship with my team,” Robinson said.

Robinson was nominated as a McDonald’s All American candidate for the state of Indiana and Rivals.com writes that he could be the most likely prospect to move into five star status ($) when rankings are updated.

Brewster beat Proctor and Winchendon to move to a perfect 16-0 on the season. McGary had 15 points and 14 rebounds in the win against Proctor.

St. Mark’s went 3-0 on the week with wins over Rivers, Worcester Academy and St. Paul’s

Stauskas was nominated to play in McDonald’s All American game

Irvin led all scorers with 17 points in a 50-47 win over Fishers and had 24 points in an 83-66 win over Avon and Notre Dame commitment Austin Burgett. Here’s a recent local news feature on Irvin and Hamilton Southeastern:

Walton had 30 points, eight assists and eight rebounds in a one point win over Detroit PEC.

Rick Pitino was in to watch Woodson play against Tilton and Michigan continues to be in the picture after watching Woodson play multiple times this season. Woodson claims offers from Oklahoma, Baylor and TCU while Georgetown, Michigan, Michigan State, UConn and Illinois have all shown significant interest.

Drake Harris: Harris was named BankHoops.com’s No. 1 class of 2014 prospect, “no other prospect in this group combines his skill, athleticism and polish.”

Keita Bates-Diop: Bates-Diop visited Illinois for their upset win over Ohio State but has also made a recent trip to Ann Arbor. He added 28 points and 12 rebounds in a 71-49 win over Corn Belt Conference rivals Rantoul while converting on 12-of-18 shots from the field. Bates-Diop added 11 points in a 56-24 win over Praire Central.

Sean Sellers: Sellers had 12 points in an 85-82 overtime win over Batesville.

Grant Evans: Evans had seven points in a win during in the Delaware County Championship. He also had 24 points, including five threes, in a 76-33 win over Randolph Southern and 19 points in a 49-29 win over Hagerstown.

Trevon Bluiett: Bluiett scored 23 points in a 75-47 win at Speedway.

Jamal Poplar: Poplar was named the No. 2 class of 2014 prospect in the state of Michigan by BankHoops.com.